The Economy: The economy appears to be expanding quite nicely and business optimism continues to rise as it approaches new records. The Left Coast, with its gateway to Asian trade, technology and Pentagon spending continues to boom along. Construction cranes fill the skies. New homes are stuffed into every nook and cranny. Roadwork and infrastructure projects are everywhere. New cars abound. Recently launched multi-million dollar yachts overwhelm the docks. Planes are jammed. Restaurants are packed. Exotic vacations are booked years ahead. The stock market confirms this rock ‘n roll fantasy narrative with many indices at or near their highs. Understand that only 3 tech stocks account for 70% of index gains this year. So the question is, “Can you be a cockeyed optimist and a contrarian at the same time?” The answer is yes. Now we’re entering earnings season with projections for year-over-year increases of 20%, Is this the beginning, the end of the beginning or the beginning of the end. Only Elon Musk knows for sure. China, Russia, North Korea, Syria, Turkey, UN, NATO, Trade Wars, Immigration Wars, SCOTUS Wars, Mid-Term Election Wars, Culture Wars, Religious Wars … and rising interest rates. Not to worry.

Food for Thought: Youth is wasted on the young and the wisdom of the ages is simply wasted. We will continue to emphasize the importance of interest rates and what the yield curve is telling us. While there will always be a bull market somewhere, most investors have a significant portion of their financial assets in fixed income. The old saw, “Stocks, bonds and cash.” The beginning point for most portfolio allocations is about 40% in fixed income; e.g. the bond market. So when I emphasize having an exit strategy, I’m particularly talking about having an exit strategy for fixed income.  Contact me if you have questions on how to risk proof your portfolio.

Ray Higgins on The 3-Rules of Money

The Economy: The economy continues to expand, the deficit continues to grow and the Fed continues to tighten. Sooner or later the tightening will bite … if Fed Chairman Powell can hold the line and not initiate QE-4 at the slightest hint of economic distress. What … worry? Every investor knows the Bull is long in the tooth. The question on everyone’s mind is, “When do I sell and what do I do next?” The bi-polar investment community continues to parse goat entrails, tarot cards, cloud formations and sentiment at the bottom of wine bottles in the age old quest to divine the future of the economy and financial markets. Glass half-full or half empty … when’s the next leg up or when does it implode? Do you care … or is catching that flight to Kauai more important than risk-proofing your assets? The 3 rules of Money are simple to understand: a) 1+1 will always = 2; b) If it sounds too good to be it is; c) Save it or spend it. The time of buy and hold may be nearing an end after almost 10-years. Passive investing as well. Every market crash has produced an altered investment landscape. ETFs may be the wild-card here. Do you have your next move or are you gonna ride this rocket back down and into the ground? If you’re doing it right, you should be sleeping soundly because you have a high probability of achieving your goals. Can you handle the truth?

Food for Thought: How to transfer investment or retirement accounts: Recently we’ve fielded questions from investors who want to transfer their investment or retirement accounts to a new advisor. Retirees in a 401k, people changing jobs and investors who just want a change have the same question, “How do I move my account?” The answer is a simple and easy 3-step process:

The transfer process is seamless, automated and does not require you to have contact with the advisor you are leaving. Most accounts transfer through an automated process called the Automated Customer Account Transfer Service (ACATS). In most cases, the transfer is complete in three to six days. No muss no fuss; no tearful exit interviews; no broken hearts. No more cousin Billy, your advisor for decades, knowing too much about your personal affairs. Move on to the land of milk and honey. Just Do It!

Powell is the new Paul Volcker

The Economy: The U.S. economy appears to be powering ahead with unemployment at a 48-year low. There are more jobs available than there are job seekers to fill them. Average hours worked are up; construction spending is up; manufacturing is up; factory orders are up … the list goes on. Economic strength continues to give the Fed leeway to raise rates. Another 25 basis point (1/4%) hike in June is a given. The longer Powell is at the helm of the Fed, the more observers believe that he’s cut from different cloth than we saw with Greenspan, Bernanke or Yellen. Some observers liken Powell to former Fed Chair Paul Volcker. It was Volcker who trounced inflation in the early 1980’s with interest rates in excess of 20%. The economic pain of Volcker’s reign was enormous. But it ended an inflationary cycle that threatened to spiral out of control. It also laid the groundwork for the robust expansion of the 1980s and 90s. The stock market took off with Volcker and has never looked back. The rocket ride accelerated with Greenspan. … almost 40-years of stocks and real estate going up with only the occasional pause. No wonder my doctor friend blithely talks DOW 100,000 as if it’s already here. The trick for Powell will be to keep the good times rolling while simultaneously taking away the moonshine punchbowl of free money.

Food for Thought: The “China Card” is huge; whether you’re talking politics, military or socio-economic. Check out today’s “Video of The Week” below for a compelling take on why culture may limit China’s rise. Then look at how San Diego,riding the crest of a building boom, has about $3.5 billion in downtown projects underway. Papa Doug Manchester’s Pacific Gateway project represents $1.5 billion or 43% of this amount. The Gateway project is the redevelopment of the 12 acres near the Broadway Pier. That aside, housing units are driving much of the building boom as the urban lifestyle is attracting both working folks and retirees. Prices reflect the demand with higher prices the norm. Downtown is happening. While the Gaslamp draws tourists, San Diegans are flocking to Little Italy for its charm, restaurants and the weekly Saturday farmers market.

Christoper Walken Dances on The Economy

The Economy: Economic numbers come in two broad categories: 1) Hard data such as trade balances or housing starts and 2) Soft data such as sentiment or confidence surveys. Hard data is based on numbers. Soft data is based on how the respondent is feeling at that moment in time. You can dispute the numbers but the argument will remain grounded in statistics. Surveys based on feelings are completely subjective and should be taken with a dose of skepticism. Numbers this week neatly fell into these two categories. Hard data was mixed with initial jobless claims up, existing home sales and durable goods down. Soft data and surveys were positive with optimism and odds of a December rate hike falling below 50%. Geopolitical concerns have continued to weigh on markets as NOKO, Iran and trade wars remain unresolved. Stocks swooned over the Italians … But it’s officially summertime so don’t worry be happy. Grab the beach toys and head for the water.

Food for Thought: In keeping with the never-ending 73-year old Italian Opera Buffa, check out the Video of the Week link below. Few know that Christopher Walken is an accomplished hoofer. Lighten your day and watch him here or there. Courage! The latest Sign of the Apocalypse is another Italian Meltdown. Financial markets are having a hissy fit. It’s almost as if traders are trying to stay relevant in a world where the only thing that matters is what the Central Banks are doing. … and that remains unchanged . The 2012 ECB vow that they will do “whatever it takes” to keep the punchbowl full of moonshine remains in force. With the exception of the Fed, global central banks remain committed to free-money, for all, forever. How this ultimately plays out is anybody’s guess. Many investors see asset bubbles in both stocks and real estate. Others see compelling bargains. Both have seen years of gains. But while we know that all trends reverse, we don’t see anything to indicate an inflection point. Pick your poison. … onward into the Summer Doldrums.

Music of The Week: Beegie Adair’s “Dancing in the Dark”

China and Caring for Ageing Parents

The Economy: US economic acceleration continues with no recession bells ringing. This gives the Fed leeway to continue with its two pronged tightening action of raising interest rates and shrinking its balance sheet. This double whammy has never happened before so all bets are off as to how this will play out. Will the asset bubble slowly deflate or will it burst? This is the only question that investors need think about. This is the tide that raises or lowers all boats. Understand that we are wildly optimistic and bullish on America. We can make a sound case that this is still the American Century and will continue to be long into the future. The China Supremacy narrative ignores massive challenges. Beyond the glittering new cities are a billion peasants living in abject poverty and farming with medieval hand tools. After decades of the 1-child policy, the population is ageing faster than the economy can handle. With lowest-cost labor now in Southeast Asia, many unemployed Chinese workers are leaving the cities and returning to the already impoverished countryside. As Jordan Peterson is fond of saying, “Never underestimate the Americans. They are the most robust people the world has ever known.”

Food for Thought: Ageing parents are a concern for Boomers. Deteriorating mental and physical health is only the tip of the iceberg. Even the soundest financial plan can be destroyed by unplanned expenses … and they are going to occur. The dark side of extended lifespans is the incredible expense of living incrementally longer. Forewarned is forearmed. Unless you abandon your parents to the street, you are going to be involved. Plan accordingly. Having a plan is based on knowing what is where. Google: “family inventory worksheet” for checklists that will provide guidance. Remember the old Chinese proverb: “The beginning of wisdom is to call things by their right names.” Use the Family Inventory as a basis for helping your parents.

Comments Off on China and Caring for Ageing Parents | Filed under: Uncategorized  |  Tags: No Tags 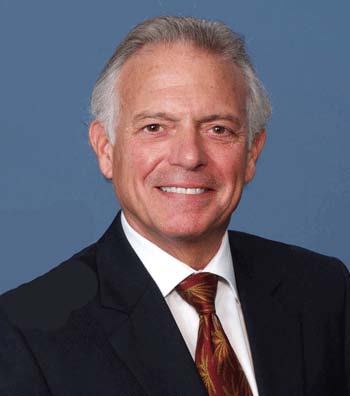